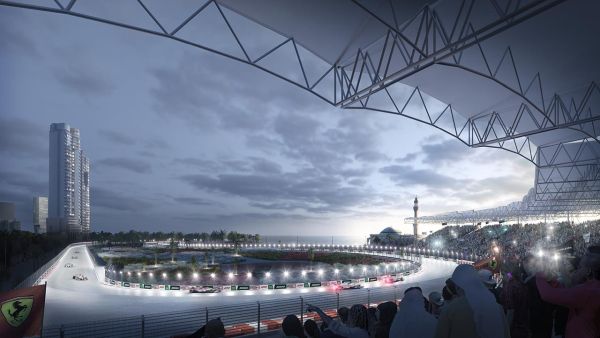 Today’s announcement comes as motorsport experiences unprecedent levels of growth in the Kingdom. This December will see the arrival of Formula 1 in Saudi Arabia for the first time in its history when the FORMULA 1 STC SAUDI ARABIAN GRAND PRIX 2021 makes its much-anticipated debut on the brand-new Jeddah Corniche Circuit – set to become the longest and fastest street circuit in the world – on the weekend of December 3rd -5th.

The arrival of the pinnacle of motorsport follows the successful hosting of other major motorsport series over the past few years, including the Formula E Diriyah ePrix (since 2018), the world-renowned Dakar Rally (since 2020) and a ground-breaking round of the revolutionary Extreme E series – the Desert X Prix – staged to great acclaim for the first time earlier this year.

These recurring major motorsports events are delivering directly against the Kingdom’s Vision 2030 with each committed to long-term deals that have helped Saudi Arabi develop an unrivalled portfolio that is not replicated anywhere else in the world.

For example, the first two editions of the Dakar Rally contributed to the creation of 11,841 jobs (3,606 of which were Saudis) while the broadcast of the event reached 2.2bn households across 190 territories and secured up to 350m digital impressions – showcasing the huge direct and indirect economic and cultural impact hosting such major events has for the host nation.

Up until this point, SAMF has played a leading role in driving these successes. However, with the growth and potential of motorsport in the Kingdom accelerating at such a rapid pace, it has been decided to establish a dedicated commercial entity, the Saudi Motorsport Company, to act as the local promoter for KSA’s growing motorsports event portfolio.

This, in turn, will allow SAMF to focus on its role as ASN, growing and regulating motorsports nationally and in alignment with the FIA.

Company banner will bring many benefits, including the improvement of operational efficiencies, savings on production costs, allowing the sharing of staff across events as well as commercial benefits such as the bundling of rights and optimising commercial revenues across a structured national motorsport events calendar.

Additionally, new events and series that complement KSA’s existing motorsports events will be added to the growing portfolio, while the Saudi Motorsport Company will also seek to develop new Saudi IPs that can be grown locally and exported internationally.

HRH Prince Khalid Bin Sultan Al Abdullah Al-Faisal welcomed the establishment of the Saudi Motorsport Company: “The growth of motorsport in Saudi Arabia is one of the great success stories of our nation’s recent history.

We can now confidently call ourselves a major home to the biggest series in motorsport including F1, FE, Dakar Rally and Extreme E and have proven time and again how capable our people are at delivering world class events on a global scale.

To this end, it is essential that we focus our efforts on taking advantage of this incredible opportunity for the Kingdom via the establishment of the Saudi Motorsport Company, to help focus our efforts on the consolidation and expansion of motorsports in the country and to maximise the many opportunities hosting these major events offer the people of Saudi Arabia.

This is only the beginning, and I can’t wait to see what more is to come in the future!”


Fernando Alonso returns to Interlagos, the place where the Spaniard won his second World Championship in Formula 1. With a trail of good memories to reflect on in Brazil, Fernando is hoping to pick-up where he left off in Mexico as the season edges closer to its climax. more >>


Esteban Ocon – Back in Brazil


It’s been three years since Esteban Ocon last raced in Brazil. After showing promising pace on Sunday in Mexico, the Frenchman is looking ahead to racing at Interlagos and taking on Formula 1’s third Sprint Qualifying.What more >>


After returning to the points last time out, the team heads straight to São Paulo for the second race of the triple header. Executive Director Marcin Budkowski outlines the plan of action for this weekend. Heading to Brazil and another high-altitude cir more >>


It was a historic moment for you in Mexico, how did it feel to be up on that podium?

It felt great! To have everyone up there with me in Foro Sol for the podium, people who have been with me since day one, was incredible. It was an emotional moment more >>


Max Verstappen ahead Brazil GP – Only need to keep pushing


Now you’ve had time to reflect on the Mexican GP, how did it feel to be on the top step of the podium there again?It felt really good to win in Mexico. As a Team it almost couldn’t have gone any better for us, it was great to have Che more >>


•    The Autódromo José Carlos Pace is F1’s fourth-shortest circuit, with a lap length of 4.309 km. Only Monaco, Zandvoort and Mexico are shorter. more >>


Round 19 of the 2021 Formula One season takes place at the Autódromo José Carlos Pace in São Paulo, Brazil  Toto Talks São Paulo  Reflecting on the last race in Mexico, it was definitely a weekend of d more >>

Talking PointsSebastian “We come into Brazil off the back of a run of points scores, so we want to keep the momentum going. We’ll be racing in the Sprint format again, which might make things more unpredictable. more >>


Pierre Gasly wish ahead of Brazil GP : A podium like 2019


Yuki Tsunoda ahead of Brazil Grand Prix – Another first !


SÃO PAULO GRAND PRIXAUTÓDROMO JOSÉ CARLOS PACE12th – 14th NOVEMBER 2021ROUND 19
“Even though I didn’t even finish the first lap of the Mexican GP, I feel my performance more >>


Could this be the year that Red Bull and Honda finally beat Mercedes?


Red Bull is arguably the most well-known energy drink on the entire planet. First released in 1987, it sells approximately 7.9 billion cans a year, and has the well-known catchphrase ‘Red Bull gives you Wings’.

Because the company has been so successful, they decided to branch more >>


SÃO PAULO GRAND PRIX AUTÓDROMO JOSÉ CARLOS PACE12th – 14th NOVEMBER 2021ROUND 19George Russell: Interlagos is another circuit that we unfortunately didn’t get the opportunity to visit in 2020, so I am rea more >>


Nicholas Latifi: Autódromo José Carlos Pace is one of the tracks I’ve been look more >>


Pietro Fittipaldi is looking forward to race in Interlagos


Although born in Miami, you race under the Brazilian flag. It’s a country with such racing prestige and has produced three World Champions, one whom you share a surname with. How does it feel to be a part of Formula 1’s Brazilian contingency?


Mick Schumacher ahead Brazilian GP – Looking ahead to sprint event


Round 19 of the 2021 FIA Formula 1 World Championship hosts the final sprint event of the season. With speculation of additional sprint events next year, what have you learned following sprint qualifying in Silverstone and Monza?
“I think t more >>


Nikita Mazepin ahead Brazilian GP -Cool to be there


Round 19 of the 2021 FIA Formula 1 World Championship hosts the final sprint event of the season. With speculation of additional sprint events next year, what have you learned following sprint qualifying in Silverstone an more >>


Round 19 of the 2021 FIA Formula 1 World Championship hosts the final sprint event of the season. With speculation of additional events next year, what’s your assessment of sprint qualifying and does anything need to change to improve the product for fans or behind the scenes for teams? more >>


Formula 1’s triple header continues with a return to Brazil for Uralkali Haas F1 Team at the São Paulo Grand Prix, Round 19 of the 2021 season. more >>


Following the unveil of his modern and elegant interpretation of the Alpine A110 at the 2021 Monaco Grand Prix, Felipe Pantone attended his second F1 race, the Mexico City Grand Prix, with Alpine F1 Team this weekend.    Spanish-A more >>


FIA Formula 1 World Championship – Mexico City Grand PrixAutodromo Hermanos RodriguezNovember 5-7th, 2021Sunday, November 7th 2021That was a lot of hard work for a single point and the result does not reflect the effortLANDO more >>