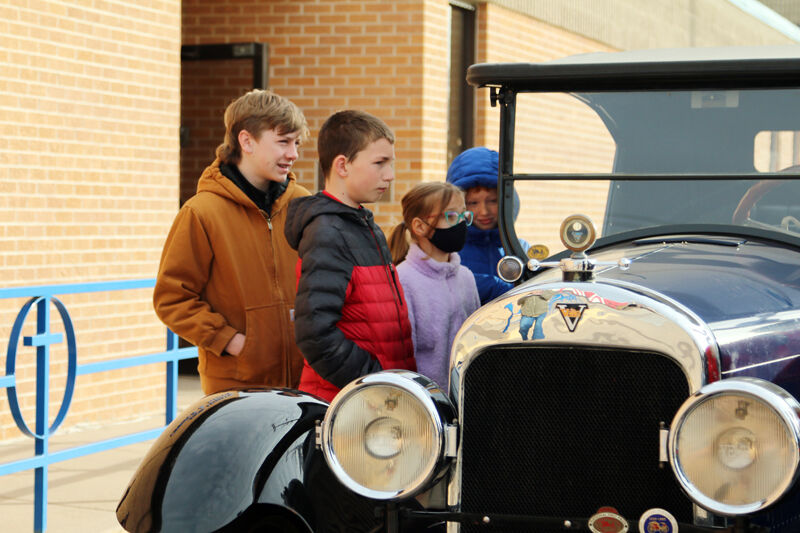 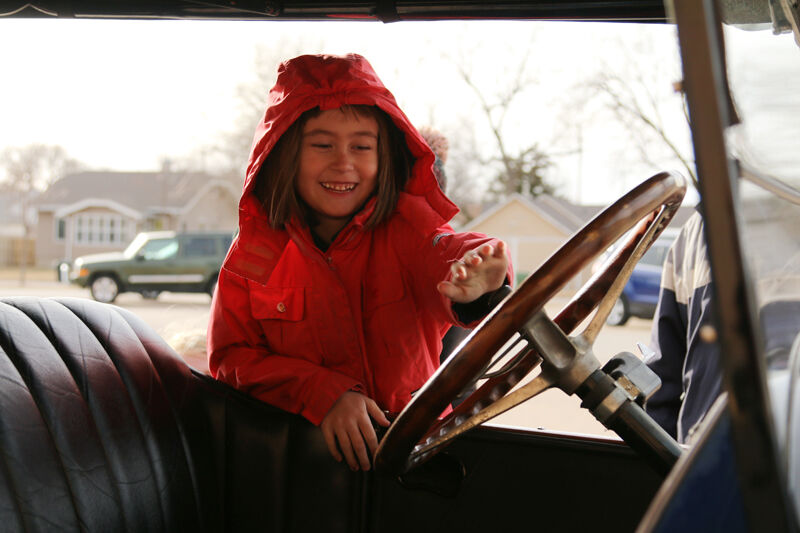 Zion Lutheran Elementary School first-grader, Faith Zayas, tries out the 100-year-old car horn of a 1922 Velie Tuesday morning in the south parking lot of the school. Zion Lutheran School students got to sit in the back of the car and ask questions about the vehicle throughout the morning for the school’s 100th day of school celebration. 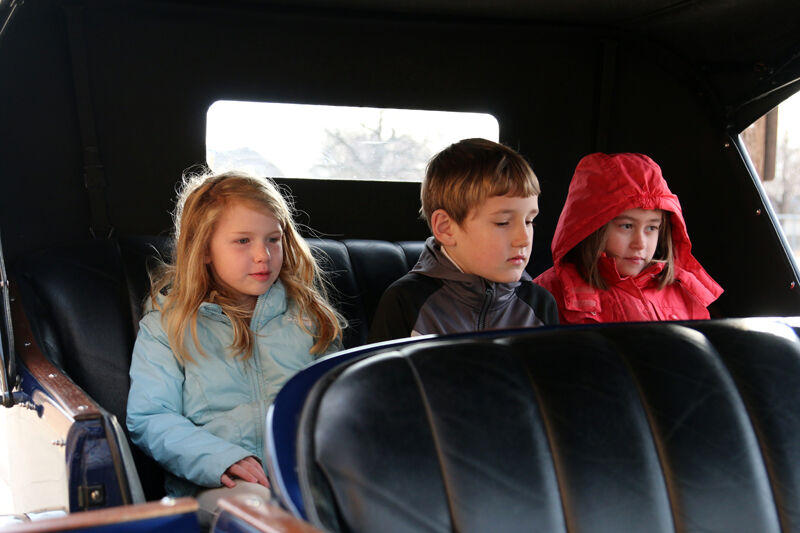 First-graders Annie Porter, left, Gunnar Baker, middle, and Faith Zayas sit in the back of a 100-year-old car at Zion Lutheran School’s parking lot during the school’s 100th day of school celebration. Students got to ask questions, sit in the vehicle and even press the horn of the vehicle during the demonstration of what vehicles were like 100 years ago. 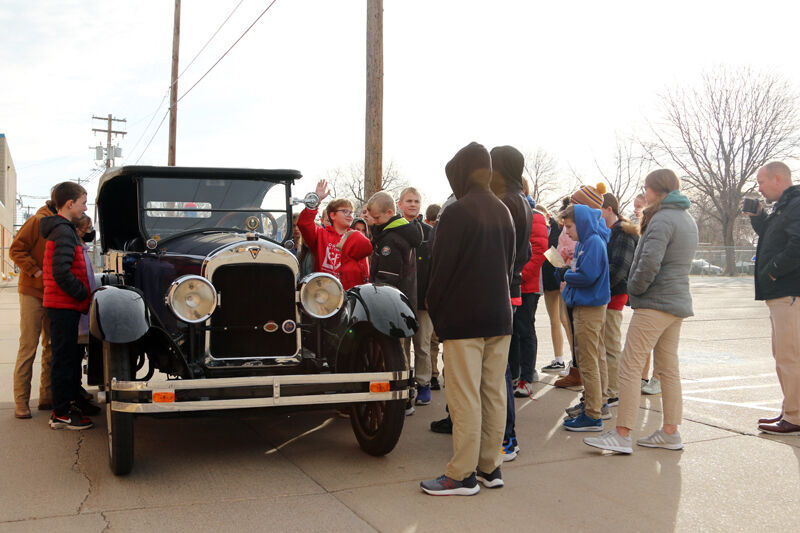 Students at Zion Lutheran School learned how a car looked and worked like 100 years ago during the school’s 100th day of school celebration Tuesday morning. Students got to sit in the 1922 vehicle and were able to see the engine and learn about how the car operated. 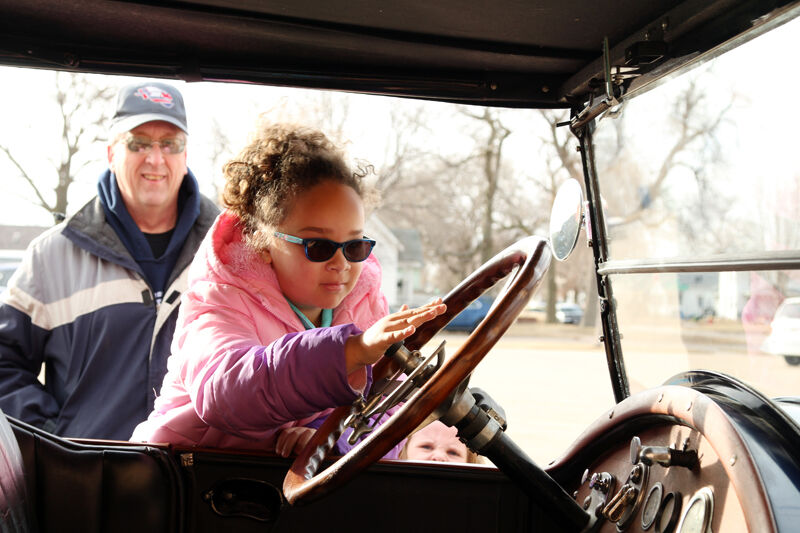 Ava Peeples and John Nikodym test out the 100-year-old car’s horn at Zion Lutheran Church Tuesday morning. John brought the 1922 Velie to the school for the 100th day of school and to show students how cars looked 100 years ago.

Students hopped inside the 1922 Velie and took turns honking the car’s horn. They giggled as they piled in the spacious backseat and began to explore different parts of the old car.

Kindergarten teacher, Jamie Nikodym, had the idea to bring the antique vehicle to the school to help students conceptualize 100 years, she explained.

Jamie’s father, John, has about 40 antique cars, and she grew up around the vehicles.

Your subscription makes our reporting possible.

John enjoys collecting what he calls “oddball cars” like the Velie, that were made from 1908 until 1929. John regularly participates in car tours, often taking his children with him. He has driven in 48 states and Canada.

Jamie asked her dad last year if he’d bring a car for the 100th day of school celebration. He tells each class a little bit about the vehicle, and they all get the chance to sit in the Velie and honk its horn.

John explains to the fifth-, sixth- and seventh-grade students that the car typically cost about $1,200 in 1922. The Velie had no windows on the doors, and passengers would use curtains to stay warm in the wintertime, John told the group. Fully enclosed vehicles didn’t become popular until 1925, he added.

10 Most Underrated Classic American Cars We’d Love To Own